The Next Web Conference, Amsterdam 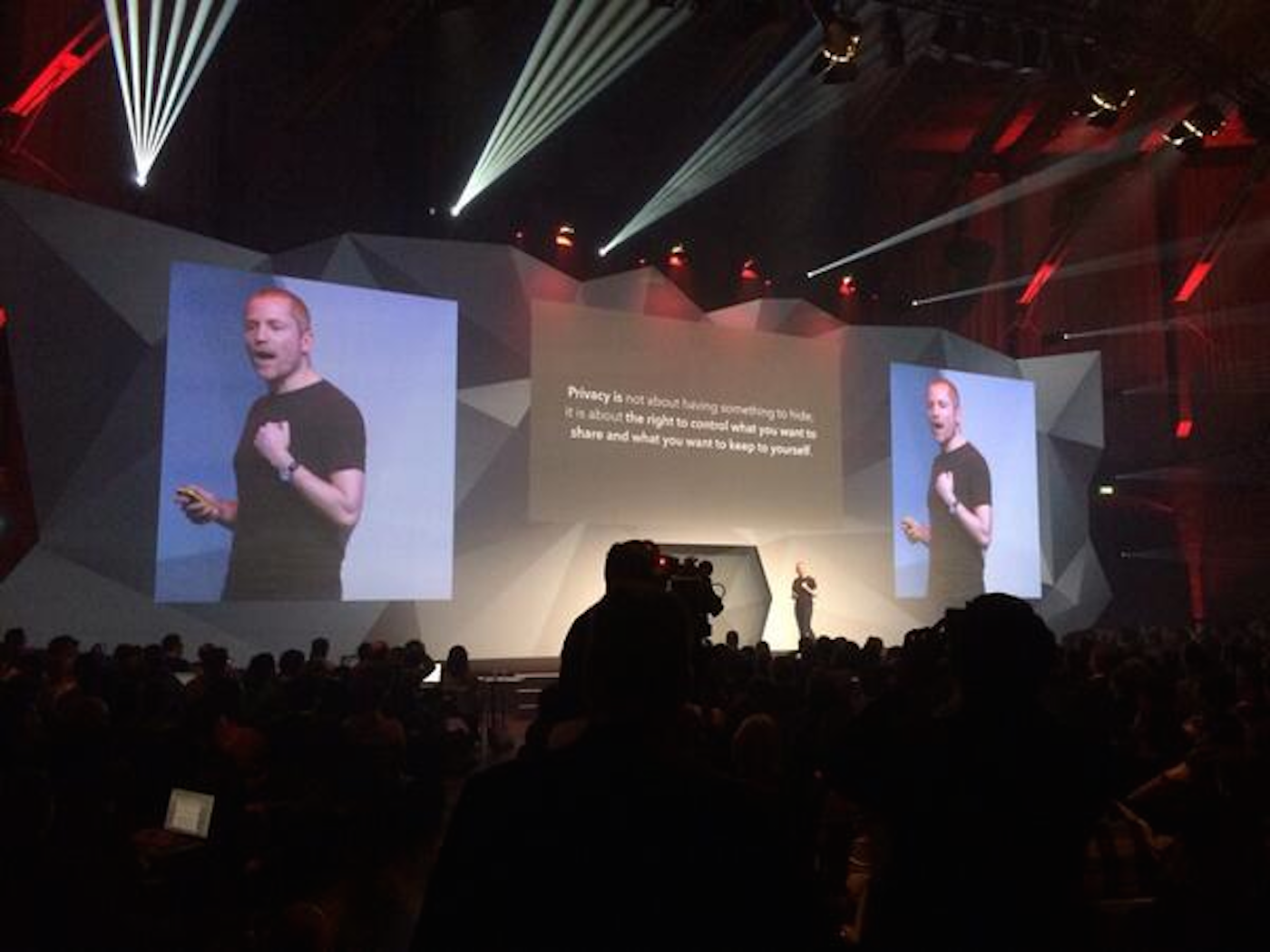 Last week, the Indie Phone team headed to Amsterdam where Aral was presenting his talk Free is a Lie at The Next Web conference. The theme for the conference was ‘Power to the People’ and it certainly felt like revolution was in the air.

Luis von Ahn kicked things off with an interesting and engaging talk on Duolingo. His organisation exchanges free language tuition in return for its users translating text; a service which then enables Duolingo to generate revenue.

What followed were a number of presentations which seemed to focus more on embracing the current state of technology and increasing profit margins as much as possible than on using technologies to genuinely give power to the people. It was difficult to tell from the Twitter feed quite what the mood was in the room and quite how these bottom-line focused talks were being received. Consequently, I was left wondering how the polar-opposite themes of Aral’s talk would go down.

I’m happy to say, ‘Free is a Lie’ was received extremely positively.

Twitter was awash with messages of agreement, support and general enthusiasm for Indie Phone and the Indie Tech ethos. This was not only true during the talk but throughout the rest of the conference also. Back in the physical world, the support was just a vocal and extensive. Everyone, from those also working on privacy protection products all the way through to venture capitalists, was telling us how excited they were about Indie Phone and expressing their desire to help make it a reality.

Aside from Aral’s talk, we were fortunate enough to hear from a number of other inspiring and engaging speakers. Brewster Kahle spoke about the value of non-profit organisations and hopefully helped others to realise that a business doesn’t have to be making billions to be a success.

Another interesting session featured Shawn Buckles, the Dutch student who sold the entirety of his personal data for a few hundred euros. He did this to make a point about the ease with which we willingly part with our personal data. To make us think about privacy and surveillance, he opened himself up for embarrassment as his text messages and calendar were trawled through for all to see.

Stefan Molyneux discussed crypto-currencies, such as Bitcoin, suggesting that these self-limiting currencies may be our route to a genuinely free and fair society.

All in all, The Next Web was a huge success; giving both Aral and myself the chance to meet and exchange ideas with a lot of people with goals and principles very closely aligned with those of Indie Phone. Having the support of like-mined people — people who understand the importance of this task and who share in our motivation to build a better future — will make all the difference.

Watch the recording of Aral’s talk, Free is a Lie.